We have been working on a mid-size application primarily using Express as an API Backend, and planning to migrate a portion of endpoints to GraphQL. So I have been fiddling with the framework for quite a few days, and decided to put together a two-part post to explain the process of integrating GraphQL with Node/Express application.

In this particular post I will go through the steps to integrate GraphQL with Express and create CRUD operations for a simple object type.

I am using Node 8.x for this demo.

First thing first is to setup a basic Node application with Express and GraphQL.

Run the code and go to http://localhost:3000/graphiql which should bring up the GraphiQL UI to test the GraphQL requests. As we have not setup the required things yet, it will show an error message in response.

Next we need to setup the GraphQL schema, this is the custom type through which we will communicate with the graphql server. The schema is the basic structure which will carry the data from the backend to the frontend, and allows the requests to ask for specific fields wherever required.

To setup the schema we have to provide the type definition along with the resolvers. For example we are setting up a Blog type in the following code snippet, which consists of bare minimum fields which we want to return.

When you run this the GraphiQL will display an error in the UI to provide the Query root object, which is nothing but setting up the READ requests.

Now when you run the code, the error message will change. It finds the required Schema, but couldn’t find the mandatory Query type.

As we have the Schema setup now, we will setup a basic request to fetch data or read data from the backend. We have to define a Query type which holds all the read requests we will be accepting for the schema.

Once the Query type is defined, we then have to define the resolvers where we would be writing the actual code to fetch and deliver the required data.

In the following example, we have setup two methods, blogs and blog(_id) to get all the blogs or blog with a given ID.

The resolver function is pretty simple, similar to how we would write a normal express endpoint for GET requests. However, as you can see the input parameters for the resolver functions are bit different. It provides four parameters. root, args, context and info which we will check in next section.

When you run this code, it will allow you to run the first query request and would look something like this. The request data is on the left, the result is in middle and the right section is the default documentation provided by GraphiQL.

When you fire the above request, the actual URL would look something like this:

You can run the above request in Postman and you should still see the same data result provided by the GraphiQL.

args — contains the values received in the request

context — we can pass global data via the context when we initialise the graphql middleware, which is available for each resolver function. If no context is defined, then it contains the detailed request object.

Once our GET/READ requests are working, it's now time to perform other operations like Create, Update and Delete. For that, we have to setup the Mutation definitions.

For mutation, we will be setting up two things: input data type and mutation resolvers. For our Blog example, we will be taking title and content as an input object, so we will have to define an input type in GraphQL type definition with these two fields.

Once the input type is defined, we have to define Mutation object similar to Query to define the possible mutation methods.

In below example, we have set createBlog, updateBlog, and deleteBlog which takes in different input parameters and returns the defined data back.

As you can see we are receiving the data in the resolver function via the args parameter.

Testing mutation requests in GraphiQL are very simple. Let’s run a createBlog request. Based on our mutation definition. We have provided title and content value and expected a blog object back with _id field as well. Also, we can now see multiple methods in the Documentation Explorer as well.

Same with the updateBlog request. As you can see we are passing two parameters here: _id and input object.

So far we have a working Express/GraphQL app which allows us to Create, Read, Update and Delete our Blog entries via the GraphQL way.

In the next section will be covering following things 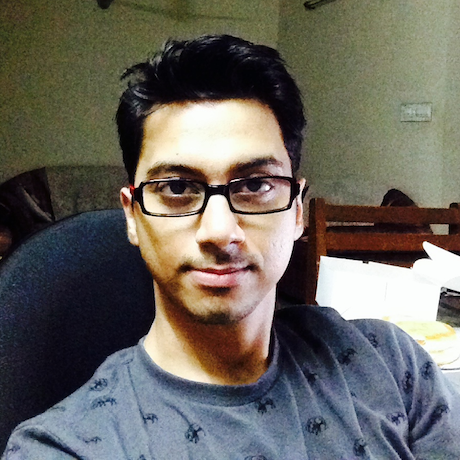