Software testing is critical to the success of any digital product. However, it’s sometimes challenging to plan a strategy or opt for a technique to test software with maximum efficiency. Therefore, one must know the software testing principles that play a crucial role in determining the effectiveness of a testing strategy. In this blog, we are going to discuss the seven key principles of software testing that every QA must know.

1. Testing shows the presence of defects, not the absence

The prime objective of software testing is to make the software fail as testers are meant to find the bugs, not to ensure that there is no bug. It is performed to detect the presence of the issues. So that they can be corrected before customers find them out. Though it can only reduce the count of defects, it can't remove them all. A 100% bug-free product is a myth that every team in the development process should accept. However, it doesn’t mean that the software will fail on every execution - only the faults that occur rarely are left untouched in the testing, such as race condition, escape condition, etc.

A comprehensive test strategy ensures a quality end-product. The best part of a failed software during the testing is that it leads to a better end-product. Otherwise, the cost of testing the software for errors after deploying to a live environment may take a significant toll on the pockets of business owners.

2. Exhaustive testing is not possible

The process of testing all combinations of inputs and preconditions is called exhaustive testing, and that’s impossible for any QA team to perform. Testing every possible module and scenario is challenging and an expensive deal for any company. For example, the QA team is asked to test the functionality of a simple login form with three fields - user name, password, and sign-in button. Every field has five options, meaning it would take 5³ = 125 test cases to write for the form only.

However, an excellent software product can be achieved through proper planning and assessment. Planning the test around the areas where risks are involved in the software is the best way to ensure businesses about the quality of the software.

If you think that testing is performed once the feature or functionality is ready, then you’re on the wrong track. Instead, software testing should start in the early stages of the product development lifecycle. However, testing at the requirement analysis phase is the most efficient way to find issues before the product enters the development stage. And thus, developers can resolve the issues efficiently. After all, the sooner you catch the defects, the lesser it will cost you to fix them.

There could be more chances that a specific module or feature contains the most bugs, or several other bugs are hiding in the same feature where you have detected the one. This complex condition is known as defect clustering that every tester and developer must understand. Such conditions work on the Pareto principle, which states that 80% of consequences come from 20% of causes to help achieve maximum efficiency.

Software testing follows the same, saying that approximately 80% of problems can be found in 20% of modules. Some of the reasons for defect clustering include developing new features & frequent changes in existing modules and inheriting legacy code. In such cases, testers must focus on the complex modules that have gone through frequent changes or have various dependencies in order to find the bugs quickly so that an efficient and quality product can be presented to customers.

Software testing is a complex process that focuses on the context of the software built. For instance, testing for an e-commerce website and a social networking application is performed differently due to the differences in the risk areas.

Let’s elaborate a little more- a social networking app has gone through frequent changes and needs to be checked for security breaches as well. Hence, it requires testers to go through different sets of testing like enterprise software testing, web 2.0 testing, etc. On the other side, testing for an e-commerce application is required to check the vulnerability issues, payment gateway functionality, etc. Moreover, the type of automation tools used for testing these apps also depends on the context. So, overall we can say that testing is a context-dependent approach that every development and testing team should consider.

6. Beware of the pesticide paradox

This principle is influenced by the pesticide theory, where repetitive use of pesticides on crops makes them ineffective. Likewise, if the same test runs repetitively, it may fail to find the new defects due to redundancy. So, it is advised to review the test cases, modify them, and add varieties of testing methods or techniques to find new issues. This helps avoid the pesticide paradox in software testing.

Sometimes a defect-free software is considered of no use if it doesn’t fulfill users’ requirements. No matter how many tests you have performed and how many bugs you have fixed. The end-product is unusable if it is complex to navigate, unable to meet the customer requirements, and doesn't solve the business problem.

So, it is always mandatory to test the software for system requirements and users requirements. However, we could say that testing alone can not define if a product is ready. If its users find it unusable and complicated, it must be considered a defect that can fail the whole software product. 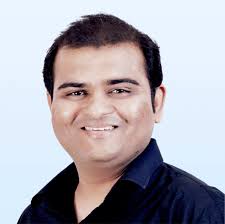