The Node Package Manager (npm) is basically a magic wand for programmers. It lets you download and install from a huge library of useful and functional packages. As it is, it also helps you set up many types of environments, including the most famous NoSQL JSON based database yet, MongoDB.

Among the advantages NoSQL offers over Relational databases, there's the ability to scale horizontally. This means we can partition our database into many servers, effectively balancing the load on the whole database. This process is called sharding.

To start off, you’ll have to get npm and MongoDB downloaded and installed on your machine.

To those of you who haven't heard of npm, it is basically the package manager for Node. As for MongoDB, we are using the Community Server, which is ideal for testing setups like this. You also have MongoDB Atlas, a cloud-based solution offering many advantages, as well as the Enterprise Server. Feel free to check them out should you be interested.

Once you download the npm folder, you'll have to extract it to the directory of your choice, in this case, I'm using /usr/local/lib. Enter the following command replacing with the correct path your file has been downloaded in:

Now, you can edit the file ~/.profile and add the following lines and save it:

What source does is executing the commands in the file, so they will be added to our PATH environment variable.

As good as npm can be, we still need to manually start the database server so it can listen to our requests.

Once we've downloaded the compressed file for MongoDB, we'll have to extract the contents to a directory of our choice and copy the binary folder URL into our environment variables in order to be able to use all the commands we need. We can use the same syntax as before, editing the ~/.profile file:

Now we're going to start the Community Server on the default port 27017, enter the following command into your consoles:

Before we can connect to the database, if you're using Linux, we'll need one more package that can be downloaded via APT:

Then, we can finally execute:

Which will log us into the server, the MongoDB shell.

MongoDB ships with an already existing database called test. You can verify this by typing the following:

Next, we want to use the command:

In which collectionName refers to any name you could have in mind and the function insert() takes in a JSON as a parameter. You can put anything you want inside of this JSON, but it is recommended you keep an ordered and semi-relational structure when doing so.

The name of the function is pretty self-explanatory. We can check what we've just inserted with the command:

Which, if you haven't passed any JSON as a parameter, will return all the documents, that is, all the 'rows' of the collection. The MongoDB shell is also a Javascript interpreter, so things like this are perfectly allowed:

You'd do yourself a favor to check out the documentation for MongoDB CRUD (Create, Read, Update, Delete).

The Node side of things

We now want to head back to our consoles and create a test folder called, for all intents and purposes, mongodbtest.

Once there, input the command:

This will create a package.json file where information about the packages you've installed is stored. Now we're ready to install the main package that'll do the magic here, mongodb. Do this by typing:

The --save flag is used to fixate the package name into the package.json file, that is, your dependencies.

Finally, we dust off our text editors and write the following script:

Save it under script.js and in the console, execute:

As you can see, the connect() function receives three parameters: the URL, an options object and a callback function which will either return an error, if failed, or an object representing the database, if successful. We can insert this asynchronous function wherever we may like, for example, in functions listening to RESTful methods like GET, POST, PUT, PATCH, DELETE and so on.

If the operation was successful, after you restart your MongoDB shell, you should effectively see a new users collection and the new data that has been inserted.

You'll want to follow along the CRUD documentation for MongoDB to gain access to the whole range of operations you can execute from a remote (or local) Node server.

I hope you found this useful. 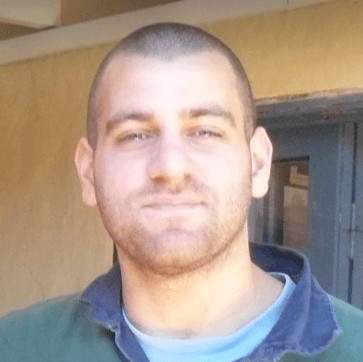 Greetings everyone, my name is Ivan Berdichevsky and I'm a... well, let's leave it at 'human being' but really, nobody knows what the heck is going on. As one, I'm mainly a Web & Software Fullstack developer and by Fullstack, I mean from the click you make on the button to the CPU that flips those nanotransistors. Or maybe that's a bit of a stretch, let's leave it at databases.