A major part of all future AI applications is building networks that are capable of learning from some dataset and then generating original content. This idea has been applied to Natural Language Processing (NLP) and that is how the AI community developed something called Language Models

In my case, I wanted to try out Rap Generation as a fun side project to see if I can recreate lyrics of a popular Canadian rapper Drake (a.k.a. #6god)

I also want to share a general Machine Learning project pipeline, as I found that building something of your own is often very difficult if you don’t exactly know where to start.

It all started off with looking for a dataset of all of Drake’s songs, I didn’t want to waste too much time, so I just built a quick script myself that scrapes web pages of a popular website called metrolyrics.com

I used a well known Python package BeautifulSoup to scrape the pages, which I picked up in about 5 minutes from this awesome tutorial by Justin Yek. As a note, I actually predefined what songs I want to acquire form metrolyrics, that’s why you might notice that I’m iterating over my songs data frame in the code above.

After running the scrapper, I had all of my lyrics in proper formatted .csv file and was ready to start preprocessing data and building the model.

The main difference for each one of the models comes from what your inputs and outputs are, and I’m going to talk exactly about how each one of them works here.

In the case of a character-level model your input is a series of characters seedand your model is responsible for predicting the next character new_char. Then you use the seed + new_char together to generate the next character and so on. Note, since your network input must always be of the same shape, we are actually going to lose one character from the seed on every iteration of this process. Here is a simple visualization:

At every iteration, the model is basically making a prediction what is the next most likely character given the seed characters or using conditional probability, this can be described as finding the maximum P(new_char|seed) , where new_char is any character from the alphabet. In our case, the alphabet is a set of all English letters and a space character. (Note, your alphabet can be very different and can contain any characters that you want, depends on the language that you are building the model for).

Word level model is almost the same as the character one, but it generates the next word instead of the next character. Here is a simple example:

Now, in this model, we are looking ahead by one unit, but this time our unit is a word, not a character. So, we are looking for P(new_word|seed) , where new_word is any word from our vocabulary.

Notice, that now we are searching through a much larger set than before. With alphabet, we searched through approximately 30 items, now we are searching through many more items at every iteration, hence the word-level algorithm is slower on every iteration, but since we are generating a whole word instead of a single character, it is actually not that bad at all. As a final note on our Word-level model, we can have a very diverse vocabulary and we usually develop it by finding all unique words from our dataset (usually done in data preprocessing stage). Since vocabularies can get infinitely large, there are many techniques that improve the efficiency of the algorithm, such as Word-Embeddings, but that is for a later article.

For the purposes of this article, I’m going to focus on the character level model because it is simpler in its implementation and understanding of Character-level model can be easily transferred to a more complex Word-level model later.

For the Character-level model, we are going to have to preprocess the data in the following ways:

4. Label Encode training sequences —Finally, since we don’t want the model to be working with raw characters (though it’s possible in theory because a character is technically just a number, so you could almost say that ASCII encoded all of the characters for us). We are going to associate a unique integer number with each character in our alphabet, something that you might have heard of as Label Encoding. This is also the time when we create two very important mappings character-to-index and index-to-character . With these two mappings, we can always encode any of the characters into its unique integer and also decode the output of the model from an index back to its original character.

5. One-Hot-Encode the dataset — Since we are working with categorical data, where all characters fall under some kind of category, we are going to have to encode out input columns. Here is a great description of what One-Hot-Encoding actually does by Rakshith Vasudev.

Once we are done with these five steps, we are pretty much done, now all we have to do is build the model and train it. Here is the code of the previous five steps, if you want to dive deeper into details.

Usually, you see networks that look like a web and converge from many nodes to a single output. Something like this: RNNs tackle this issue by creating a network that takes in consecutive inputs and also uses the activation from the previous node as a parameter for the next one.

Remember our case of a sequence Tryna_keep_it_simple and we extracted that the next character after that should be _ . This is exactly what we want our network to do. We are going to input sequences of characters where each character goes into T — > s<1>, r -> x<2>, n -> x<3>... e-> x<n> and the network predicts an output y -> _ , which is a space and is our next character.

Simple RNNs have one problem to them, they are not very good at passing information from very early cells to the later ones. For example, if you are looking at a sentence Tryna keep it simple is a struggle for me predicting that last word me (could be literally anyone or anything like Baka, cat, potato) It is very difficult if you can’t look back and see what other words appeared before.

LSTMs solve this problem by adding a little memory to every cell that stores some information about what happened before (what words appeared previously), and that’s why LSTMs look like this:

As well as passing the a<n> activation, you are also passing the c<n> which contains information on what happened in previous nodes. That’s why LSTMs are better at preserving the context and can generally make better predictions for purposes like Language Modeling.

I learned a bit of Keras before, so I used it as the framework to build the network, but in reality, this can be done by hand, the only difference is that it will take a lot longer.

As you can see, we are using an LSTM model and we are also using batching, which means that we training on subsets of data instead of all of it at once to slightly speed up the training process.

Below are some examples of generated lyrics

Note: the lyrics are not censored, so view at your own discretion

You might have noticed that words sometimes make no sense and that is a very common problem with Character-level models, due to the fact that input data is often sliced in the middle of the word, which makes the network learn and generate weird new words that somehow make sense to it.

This is the issue that gets addressed with the Word-level models, but for less than 200 lines of code, Character-level models are still very impressive.

Ideas described in this Character-level network can be expanded to many other applications that are far more useful than a lyric generation.

For example, the next word recommendations on your iPhone keyboard work the same way.

Imagine if you build an accurate enough Python Language Model, you could autocomplete not only keywords or variable names but also large chunks of code, saving programmers tons of time.

You might have noticed that the code is not complete here and some of the pieces are missing, here is the link to my Github repo, where you can dive much deeper into the details of building a similar project yourself.

Credits to Keras’ example of from Github

In all, I hope you enjoyed the blog post 👍. Note I’ve originally posted this content a few years ago on Medium.

I’m currently on the verge of graduating from university and always looking for new opportunities. Feel free to reach out if you are working on something exciting, my email is nikolaevra@gmail.com 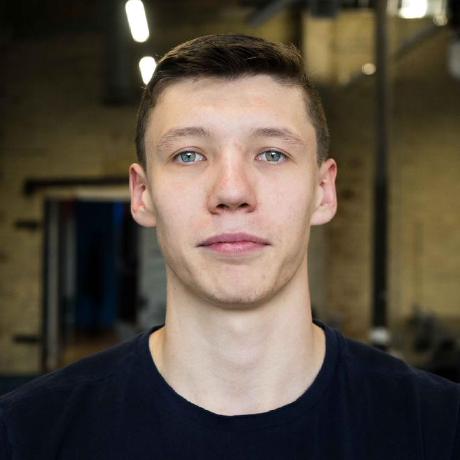 A student and a developer. Python, C, C++

Really great post. This was a very interesting use case for LSTM. I have mostly worked with predictions based on Time-Series Data when it comes to LSTM. It was a fun read.

I'm glad you liked it!

You could save Drake a lot of money on ghostwriters with this.

If you're still looking for opportunities it might be worth looking at Kite's careers page or you can also check out the Able jobs section at able.bio/jobs.

Thank you for the careers pointers, I will take a look!